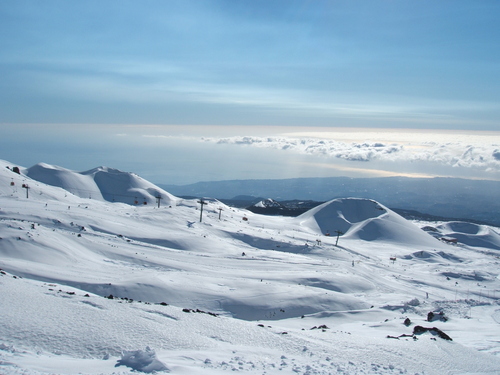 There are two distinct ski areas on Mount Etna. The southern one ends in Nicolosi, known here as Mount Etna Nicolosi. It is slightly higher, and offers more vertical than the northern resort of Linguaglossa. Note that previously, our forecasts did not distinguish between the two resorts and the stated elevation was for the summit, rather than the ski area. Mount Etna Nicolosi has 4 lifts to service 14 groomed trails. The terrain is suitable for all levels. The nearest airport to Mount Etna Nicolosi is Catania.