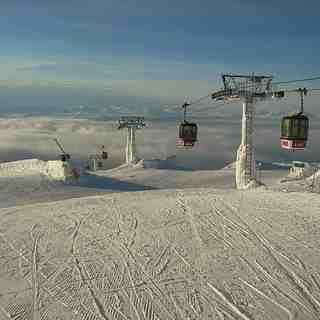 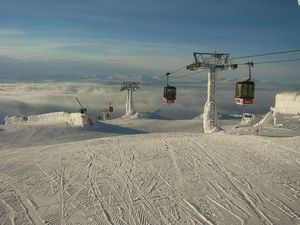 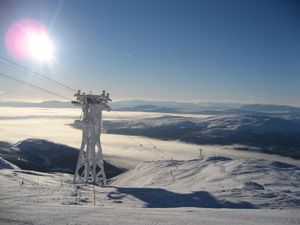 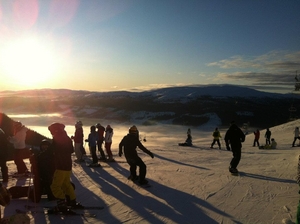 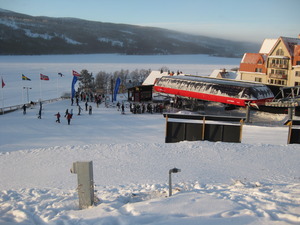 Åre is a small town made up of traditional wooden buildings. The mountain caters mainly for beginner to intermediates but there are plenty of slopes to be explored along the valley. The Scanners have produced some excellent snowboarders and free-riding skiers and this has to be, in part, the result of great terrain parks. There is a 1.4 km long park and a half-pipe at Åre but, in addition, there are two smaller parks to play in if you can't yet mix it with the big players. Off the slopes at Åre there is plenty to do; sleigh rides, x-country skiing and so on. Eating out is pricey but overall the nightlife is excellent and very lively! Just take some warm clobber and plenty of cash. 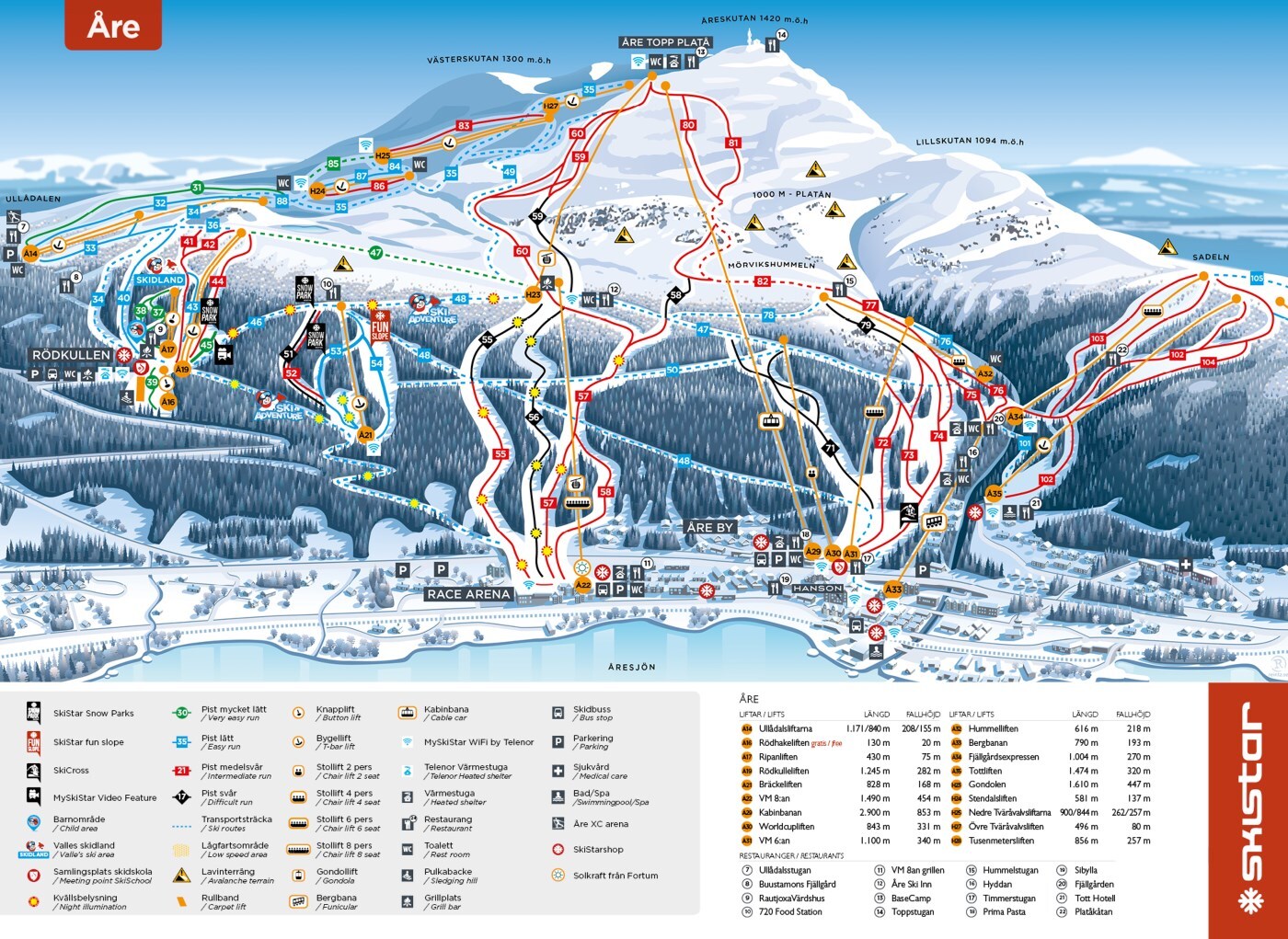 Have had a great ski holiday in Are. I think we were lucky with the weather: blue skies and no wind all week. Went last week of March with perfect snow all over the mountain and no slush even at the end of the day! Probably best later in the season; cold and dark in January I guess. Easy to get to from Ostersund airport and only about a 75 minute drive. Very little traffic. No more expensive than France, with higher standards. Skistar run the resort and in my opinion do an excellent job. If you hire equipment and buy lift passes in advance they give a good price reduction. Also, as the resort is not high, you're not likely to suffer from any altitude sickness. Quite a lot of T bars, however. I think these are there because of the wind that other people have reported on. Plenty of easy off-piste through the trees that my children love. Went over Easter and it was quite busy with some long queues especially in the morning, all quite orderly though. Despite being busy the runs were not at all crowded. All in all, had a great family holiday. Makes a pleasant change from the Alps. If you go, be sure to have a ride on the old funicular. Over one hundred years old and absolutely beautiful! 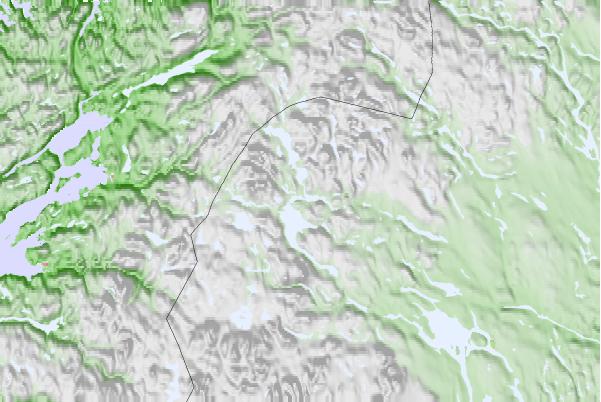