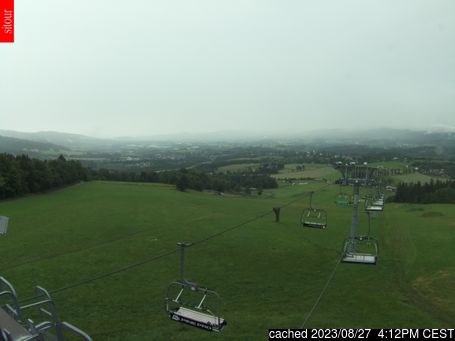 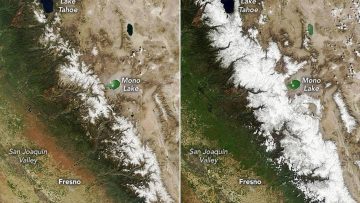 NASA has published images of California’s Sierra Nevada mountains taken 15 years apart to show the amount of snow cover disappearing. The space agency’s Nasa Earth division released the images taken in 2006 and in 2021 show dramatically less snow this year than 15 years ago.&nbsp; Each image was taken around April 1st when the snowpack is usually at its maximum. In fact the region is famous for, typically, either getting huge snowfalls, or near drought conditions, depending largely on atmospheric conditions and sea temperatures in the Pacific Ocean. It was only a few winters ago that Californian ski areas covered in the images were posting record snowfall in January and February and several opened for skiing through to August.

Many skiers enjoy moguls and fast icy pistes but for off-piste skiers and free-ride snowboarders, fresh snow starts to deteriorate from the moment it settles. Wind, rain and periods of above-freezing temperature are the primary cause of the evolution from fresh powder to windslab, ice or slush. High altitude slopes that are shaded from the sun and sheltered from the wind preserve powder stashes longer after fresh snowfall. If the snow report mentions pockets of powder at Obří sud - Javorník, study the Obří sud - Javorník piste map in relation to the wind direction to determine the most likely locations.