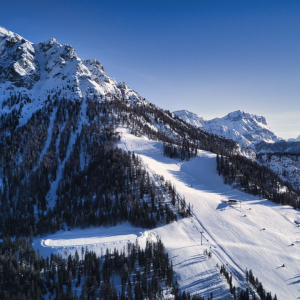 The latest extension of lockdown restrictions on ski areas opening in Italy has led to a number of the region’s bigger resorts announcing they won’t now be opening this season. The decision came after the country’s new government extended restrictions and the closure of lifts until April 6, 2021. Bormio, which hosted World Cup races earlier this winter and the country’s biggest ski region, Dolomiti Superski, are among the areas confirming there’ll be no skiing this season – even if there’s an announcement that they could reopen at the very end of the season in April. “After Christmas, New Year and Carnival, also Easter wanes, the last occasion of the winter season in which skiing could have been combined with

Many skiers enjoy moguls and fast icy pistes but for off-piste skiers and free-ride snowboarders, fresh snow starts to deteriorate from the moment it settles. Wind, rain and periods of above-freezing temperature are the primary cause of the evolution from fresh powder to windslab, ice or slush. High altitude slopes that are shaded from the sun and sheltered from the wind preserve powder stashes longer after fresh snowfall. If the snow report mentions pockets of powder at Sierra Nevada de Santa Marta, study the Sierra Nevada de Santa Marta piste map in relation to the wind direction to determine the most likely locations.